Recognizing that Sober House Rules are Meant to Help You

After going through the ravages of detox treatment and the confines of a drug treatment program, the thought of having to live according to yet another set of rules may be the last thing someone in recovery wants to consider. Anyone who’s looked into sober living programs probably already knows the strict rule requirements sober homes enforce.

Sober house rules make up a big part of how these programs operate in terms of their role in a person’s recovery path. People coming off severe or long-term addictions well know how all-consuming an addiction lifestyle can be. Likewise, breaking addiction’s hold over a person’s mind can be the most difficult aspect of recovery.

It’s not uncommon for addiction’s aftereffects to leave a person susceptible to falling back into old drug-using patterns, especially during times of stress and chaos. Sober house rules help recovering addicts develop the type of mindset and behaviors that can cope with life’s daily challenges without drugs.

Someone wanting to maintain abstinence for any length of time may want to consider the role rules and structure play in creating a drug-free lifestyle. Sober house rules provide those in recovery with the type of training and guidance necessary for handling life on one’s own outside of a treatment environment.

Sober programs function as semi-independent living environments where residents contribute to the home in much the same way they would contribute to their own homes. In effect, sober house rules follow the same lines as the rule structure set up in any stable household.

According to the Journal of Psychoactive Drugs, sober house rules provide recovering addicts with real-life experience in terms of carrying out the day-to-day tasks and interactions that support drug-free living. While each program follows its own protocols, sober house rules typically take the form of – 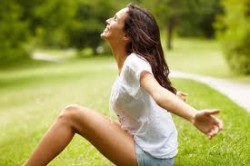 Rules are put in place to help you help yourself while in a sober home, and while building your new life.

Much of the difficulty in maintaining long-term abstinence has to do with addiction’s aftereffects on a person’s thoughts, emotions and behaviors. These aftereffects linger long after all traces of drugs and alcohol have left the body.

While maintaining abstinence becomes the overall goal in recovery, the steps a person must take to make this possible touch on most every area of his or her life. Addiction takes root in the mind, taking on its own belief systems, motivations and priorities. Sober house rules work to counteract the psychological effects of addiction in a person’s life.

After months or years of drug use, the brain’s chemical system changes in such a way that the drug’s effects become an essential working part of the brain’s overall make-up. In effect, the way a person thinks, his or her emotional responses and behaviors all center around getting and using drugs.

Without some form of structure and routine to go by, the pull of addiction can quickly creep into a person’s daily awareness. Sober house rules enable recovering addicts to replace addiction’s hold by developing the habits and routines that support healthy belief systems, motivations and priorities.

Drug treatment programs focus on helping addicts become aware of the effects of drugs in their lives. Through ongoing therapy, group work and drug education training, those in recovery come to understand how to overcome addiction’s effects. In the process, a person acquires a range of tools for dealing with stress, conflict and the ever-present urge to use drugs.

Someone coming out of a 30 or 60-day drug treatment program not only has to fight drug cravings, but also apply the information learned in treatment on a day-to-day basis. For many people, the urge to use drugs can make it that much more difficult to think clearly let alone apply principles learned in treatment.

Sober house rule requirements, such as 12 Step support group attendance and getting a sponsor provide those in recovery with the needed supports for working through drug cravings and developing healthy coping skills.

The Need for Structure

Chaos and dysfunction are the cornerstones of an addiction lifestyle. In actuality, getting and using drugs become the only form of structure in an addict’s day-to-day existence. Ultimately, a person’s focus, motivation and actions all center around the drug “high.”

More than anything else, sober house rules work to create a healthy sense of structure and stability in the recovering addict’s life. It’s in this area where real-life experience can be most valuable.

Sober house rules incorporate the types of activity-based directives that work to structure a person’s daily routines. Sober house rules also work to enhance the role social supports play in a person’s daily recovery path. Over time, both sets of rules provide those in recovery with a firm foundation and framework for living a drug-free existence.

Overall, the severity of a person’s addiction determines how psychologically dependent he or she is on drugs. A psychological dependency feeds off of the thoughts and emotions a person associates with drug use. Breaking this dependency requires a person to develop new ways of thinking and reacting to daily life experiences.

Who Should Consider a Sober House Program?

According to the OLR Research Report, a stable home environment is essential to ongoing abstinence once a person completes drug treatment. Addicts who leave treatment only to reenter chaotic home environments fight an uphill battle in the recovery process.

While the idea of living according to someone else’s rules may seem inconvenient, sober house rules provide those in recovery with a sense of how to create and maintain stability in their day-to-day lives. While not everyone in recovery will require this form of long-term support, those who do will likely see themselves applying sober house rules within their own home environments once they’re out on their own.