Sober Living Facilities as an Alternative to Jail Time

Many courts consider alternatives to jail sentences for nonviolent drug and alcohol offenses. One of these alternatives is time in a sober living facility. According to the National Institute on Drug Abuse, drug addiction is a disease not a moral or criminal behavior. By using alternative sentencing the courts accomplish two things. The first is to help someone who is an addict get sober without the stigma of jail time. The other is to help alleviate the overcrowding in prisons. These two purposes make sober living houses a viable alternative to jail time.

Many states use alternative sentencing for DUI’s and minor possession charges. Candidacy is highly dependent on the state, the individual, and the crime. 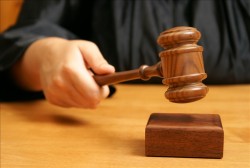 You must attend regular counseling sessions if provided with the opportunity to stay at a sober house.

If you are in violation of any of these requirements many of the programs, have a stipulation that you will serve the jail sentence that you would have gotten had you not been offered an alternative. Many times alternative sentencing is an important opportunity for you to get your life back from the addiction.

Sometimes you have a choice when it comes to sentencing alternatives. Inpatient treatment, 12 step treatment, and sober living facilities are often a part of that choice. It is the courts way of allowing a person who makes a mistake to receive the help that they need rather than just going to jail. Sober living facilities often offer an alternative to inpatient care and jail time, to those that have jobs, families, and lives that they have to maintain.

Where to Find a Sober House

You can find a sober house by simply calling 800-373-1667 (Who Answers?) . Sometimes courts look favorably on alternative sentencing if you take the first step on your own.