10 Benefits of Clean and Sober Living

1. Your Motivation Isn’t Tied to a Substance

Many people who are addicted to drugs say the same thing: “I feel like I can’t get out of bed without it.” When you live soberly, it makes it so much more satisfying to take control of your own life without being dependent on a drug.

The NIDA states that “estimates of the total overall costs of substance abuse in the United States… exceed $600 billion annually.” Individual people feel the cost too though, and it is incredibly expensive to maintain a drug habit, with the cost of medical bills and the drugs themselves.

Many drugs control your weight loss and gain, often for the worst. Cocaine causes extreme weight loss, as do some prescription stimulants. Alcohol is a “high-calorie beverage” that causes weight gain in many individuals (NCBI). Without the use of these substances, it is easier to stay at a healthy weight.

4. No Confusion or Black Out Nights 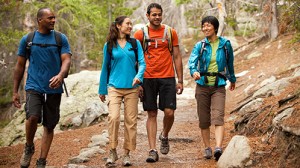 Living a sober life can help you connect better with yourself and others.

Even people who do not consider themselves in trouble with their abuse of substances sometimes still have black out nights or confusion over what exactly they did while on the drug. All of this disappears when you live without illicit substances.

5. Good Relationships; Not Demanding Ones

Drugs can be demanding: you can become physically and psychologically addicted to them, you crave them all the time, and addiction to them keeps you away from the good relationships in your life. Without these substances in your life, you can focus on your healthy relationships: family, friends, and coworkers.

Your brain controls nearly everything that you do, but when you do drugs, “they can… actually change how the brain performs its jobs” (NIDA for Teens). Some of these effects are irreversible. This is why sober living is so important for healthy brain functions.

The NIDA states that drugs like heroin and cocaine actually “heighten the body’s sensitivity to stress.” Many people turn to illicit substances in stressful times, and their addictions as well as the substances themselves only worsen these feelings. They make the person less able to deal with stressful situations (especially in the absence of the drug).

All drugs have an inherent risk, and abuse of them makes it more so. In fact, according to the DOJ, “drugs that are legal… can be just as dangerous as illegal drugs,” and a person risks fewer side effects and negative effects on his or her health with sobriety.

The abuse of drugs “plays a role in many major social problems, such as drugged driving, violence… and child abuse” (NLM). These behaviors lead to consequences like incarceration, and sobriety would keep many crimes of this nature from happening.

With so many substance abuse situations starting out with a few hours of fun followed by twice that time spent in regret, it sometimes just continues to get worse. Most people going through recovery say they feel generally happier after getting sober. Sobriety allows people to control their own happiness, instead of receiving it from a substance.