Executive sober living is an important step in the recovery process for high-powered professionals who are recovering from drug and alcohol addiction. Executives deal with stress every day from both work and family. They are responsible for making difficult but important decisions regularly, and they are expected to be at their best no matter what. With so many responsibilities and stresses, it’s not difficult to see why many executives turn to drugs and alcohol as a way to cope.

Executive sober living facilities understand that businesspeople can’t simply readjust their lives to reduce stress and remove the triggers for drug abuse. Many executives who return to their regular lives too soon after treatment will relapse. Sober living homes that accommodate an executive’s lifestyle will be more effective in preparing the addict for his return to normal life.

Sober living is the next step for recovering drug and alcohol abusers after attending a more intensive treatment program. Sober living homes provide a drug-free environment in which recovering addicts can adjust and transition to sober life. Most sober homes are very strict about who is allowed to reside there, and some only allow specific groups of people, such as Christian sober living or executive sober living.

Typically, sober living homes require that their residents pay rent and supply their own groceries and other items. This generally means that residents are required to have jobs or to be actively searching for a job. This allows residents to learn how to live in the “real world” after drugs and alcohol, and how to build the necessary life skills in order to become independent and self-sufficient. 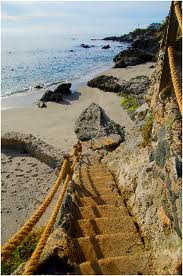 For many high-ranking businesspeople, the typical sober living goals, such as getting a job, becoming financially self-sufficient, and learning to become independent, have already been achieved. For these people, executive sober living is a more effective and productive option.

Executive sober living will be populated exclusively by those who fit the executive bill. Executives can enjoy the camaraderie of others in their position, both in terms of their recovery from substance abuse and their stressful work and home lives.

In addition, unlike most sober living facilities, executive sober living is more luxurious and upscale, and it caters to businessmen and executives who are more accustomed to enjoying “the finer things.” For this reason, it’s also much more expensive.

Another aspect of executive sober living that one is less likely find at other sober living homes is confidentiality. Since executives and high-ranking professionals are often in the public eye, privacy becomes increasingly important. Executive sober homes take extra measures to ensure that executives are shielded from the public spotlight, and that residence is kept confidential.

Find an Executive Sober Living Home in Your Area

For executives who are close to completing an addiction treatment program, sober living is an important transitional step to take before returning to their daily lives. And for many executives, it’s necessary to be part of an executive sober living environment, in which their peers understand the unique challenges that they face and where the atmosphere accommodates a more upscale palate. Sober living can be found in major cities and other areas around the country, so executives and their families can use the Sober House Local Resources to find an executive sober living facility in the location of their choosing.