Challenges You May Face at a Men’s Sober Living Home

Most of the major challenges that are faced while in sober living revolve around the rules and continued need for treatment that comes with making the transition from inpatient or residential care to outside living. There are social problems, there may be an inadequate amount of time available to actually remain living in the sober house and there could be troubles arising as a result of a desire to move on and no longer take an active role in counseling and therapy. 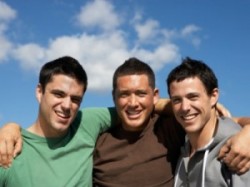 Getting along with your house-mates may be a challenge initially.

One of the first challenges that is faced in men’s sober living is the lack of time that may be available to spend in the sober environment. Often times, “there is typically a limit on how long residents can stay. After some period of time, usually several months, residents are required to move out whether or not they feel ready for independent living,” according to the National Library of Medicine. The lack of adequate time in a sober living environment can contribute to a greater chance of relapse or other problems in recovery for men.

There are a number of rules and regulations that must be adhered to while in sober living, and for the most part these are all generally accepted by residents and easy to follow. Unfortunately, social insecurities and troubles may arise in a mens sober house as a result of differences in beliefs, attitudes and goals. Men can become irritated or otherwise unhappy with their roommates or with others in the home and this can make remaining sober and comfortably living in the sober house challenging.

Most sober houses require that men continue to take active roles in treatment by receiving continued counseling or therapy. Often times, as men transition into sober living and begin to become more comfortable with their surroundings and their new found lifestyle of sobriety they no longer feel like they need (or want) to attend counseling and therapy sessions. Avoiding treatment poses a significant challenge in sober living because it’s an unacceptable action that can lead the man to being removed from the sober house and no longer allowed to live in the facility.

Calls to any general helpline (non-facility specific 1-8XX numbers) for your visit will be answered by a licensed drug and alcohol rehab facility, a paid advertiser on SoberHouse.com.