Myths about Driving Under the Influence of Marijuana

There are a few myths about driving under the influence of marijuana that people should be aware of.

It is a myth to believe that people drive better when they are high because they believe they drive slower. What most marijuana users do not realize is that marijuana impairs judgment and it can become worse when mixed with drinking.

Being slower may sound like a good thing, but it is not only driving that is slower. Marijuana affects reaction time and can stop an individual from seeing an upcoming crash in time to avoid it. 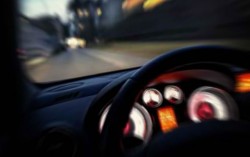 Like with alcohol, driving under the influence of marijuana can lead to imprisonment.

Many people were taught not to drink and drive as they grew up, but not nearly, as many were taught not to drive high. According to the North Dakota State University, marijuana affects concentration, perception, alertness, reaction time, and coordination. This makes driving high just as dangerous as driving drunk and just as vital to avoid a crash or death while driving.

Some believe that committing a DUI is something that can affect only the driver. This is a myth, because driving under the influence can cause many adverse affects on everyone involved. If the marijuana user is injured or killed, their loved ones will feel the emotional side effects, and if the individual is driving with friends in the car, it can make the effects that much worse.

This is a common misconception that driving under the influence of marijuana does not have as severe a punishment as drinking drunk. Actually, if a driver is caught under the influence, they can be fined, face a license suspension, and even imprisonment.

According to the NIDA, many states have a zero-tolerance law for drugged driving and anyone can face the charges is there is even a small amount of drugs in their system. Many states are even looking for a way to better define impairment in the blood like that have for alcohol, which will make it easier to determine when a person had the marijuana.

If you or a loved one is suffering from a substance addiction and needs help, call 800-373-1667 (Who Answers?) to speak with a caring specialist that can assist you.