What is a Typical Sober Living House Cost?

Sober living houses are like group homes for people working on addiction recovery. People might stay at the sober living house, depending on their necessities and ability to follow the rules for several weeks, months, or even years. Because a person staying in a sober living house pays rent each month, there usually isn’t any kind of stipulation on how long the person can stay. But what is the typical cost of sober living houses?

What is Expected in Sober Living Houses?

Sober living houses are not always used by those recovering from addiction. Because not everyone knows about them, they often go more or less unnoticed by those forming a treatment and recovery plan. But people who do choose sober living houses must abide by certain rules. They often have curfews, have a job they go to during the day, and they must also pay rent.

If a person breaks one of the rules, there are usually consequences set in place. Sober living houses often do not terminate residents’ stays immediately after a rule is broken, but some of the reasons why a person’s stay would be revoked are “drinking or drug use on the property, taking a fellow resident out to use, acts of violence, and sexual misconduct” (NCBI).

How Do Sober Living Houses Run?

The NCBI states that “among a number of advantages, [sober living houses] are financially self-sustaining and residents can stay as long as they wish.” This is because the resident pays rent to the owners or managers of the house and sometimes there are other ways the house receives funds, such as charity donations. Mostly, sober living houses run on the rent paid by individuals who live there.

What is the Typical Cost of a Sober Living House? 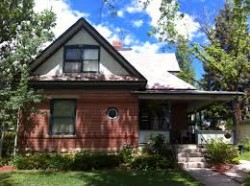 A sober home is not free, you will have to pay rent and possibly other fees.

Most sober living houses cost a rent similar to that of an apartment. It can sometimes be as low as 400 or 500 dollars a month, while the location, amenities, and condition of the house could push it into 800 or more. It will also cost more if a person has fewer roommates, but remember that every sober living house requires that a resident have at least one roommate.

These prices will fluctuate based on the house’s qualities, though a person does not need to choose an expensive sober living house in order to get good results. Most sober living houses will also expect that the residents go to work and generally run their own lives while working within the house. Some of the other costs residents would be expected to handle are:

Sober living houses may seem expensive, but they are often necessary for many people still going through the transition phase of their recoveries. They usually require that the individual has a job, so the costs aren’t often more than someone with a steady job would be able to pay. It can be a good transition back into the life you want to live at a fair cost.